ES Energy Save Holding AB (publ) operates through its subsidiaries ES Systems, ES Heat Pumps och ES Services and offer products, systems and services aimed at energy savings. The core products are based on the latest heat pump technology and all companies in the group plays an active part in the product development for the European market. Besides actual products we also offer service and different digitized tools and services.

Since 2007, Energy Save Nordic AB and Energy Save AS have been marketing their products under the ES brand.

Energy Savehas also developed innovative and front line plug-in-modules, designed for commercial buildings. These plug-in-modules creates a new market for temporary heat pump installations, a concept that does not exist today. Our plug in modules rationalizes the traditional installation, which often is complicated, time consuming and cost driving, and facilitates the installation with intermediaries men and less coordination.

Though the fully industrialized serial manufacturing we secure quality at the same time as cost can be lowered. The level of freedom for the builder and property owner enables big savings, new opportunities and increased property value.

Energy Save has established an effective and dynamic platform for development and manufacturing together with heat pump manufacturer Amitime in China. The joint developing results has through a wider European and global perspective been very competitive and commercial successful which has contributed to a strengthen both the cooperation between the two companies as well as our market position.

Product and concept development as well as system evaluation are done in Sweden and Norway under full control of the Energy Save companies. Production and final assembly of products takes place with ongoing production and quality control of ES personnel, which enables generous product guarantees.

ES heat pumps are tested by independent third parties
To achieve our goal of creating a strong brand with products that meet the high Scandinavian requirements for functionality and power even at low outdoor temperatures, performance testing is a very important tool.

Our facilities are therefore fully tested by Intertek Semko (independent testing institute) according to the standard EN 145 11. It is these test values ​​that we also specify in marketing and all product information. The test method enables comparisons of our plants with other makes where we continuously strive to deliver more power and savings than competitors at an attractive price. Ongoing testing and complete RoHS certificates and reports are conducted and exhibited by Den Norske Veritas (DNV). Ongoing testing and complete CE certificates and reports (LVD, EMC) are conducted and exhibited by Intertek Semko (ITS).

2003 – Cooperation with Amitime is established.

2005 – Amitime chooses together with ES Group founder to focus the core business toward a product portfolio containing inverter technology based air-to-water heat pumps.

2006 – The company’s first generation of air-to-water heat pump is launched through JULA as private label partner.

2009 – The business is acquired by the current CEO Fredrik Sävenstrand and current product development manager, Christian Gulbrandsen. The Energy Save company is hereby founded.

2011 – The company makes an exclusive collaboration with Onninen AB as a distributor of Energy Save products. Amitime Europa BV is founded in the Netherlands by Energy Save and Amitime. The company regulates the rights to sell the jointly developed heat pumps. The company is owned to 51% by Amitime and 49% by Energy Save.

2012 – The subsidiary ES Service AB:s is founded in Sweden and Poland. The company act as a installation resource and service partner for the domestic and commercial markets.

2014 – Onninen Oy makes an exclusive collaboration as an exclusive distributor of ES products in Finland. ES Group starts to invest in development of the product portfolio for commercial properties. The first concept towards this segment is ready during 2014 and is installed through a series of pilot installations where the systems are tested in systems togehter with district heating. The concept is developed together with JEFF Electronics AB and Wikströms AB

2015 – We initiated the product development of the plug-in-modules.

2016 – During 2016 we launched our third generation air-to-water heat pump range. The first Plug-in Module was installed at customer. Cooperation with Swegon AB is established through a joint development project aimed at commercial air handling during 2016. At the end of 2016 ES Group had closed non exclusive distribution and cooperation agreements with distributors in 12 European countries.

2017 – ES NordFlex is launched as a product concept in Sweden within the Light Commercial system business area. We signed distributor agreements with Scanmont AB and BAXI on both domestic and commercial product ranges. ES Systems AB is founded to take aim at commercial solutions. The organization competence is based on energy analysis, constructional engineering, sales together with production and industrialization. Swegon launches ES HeatStarDX on the polish market.

2018 – REC Indovent AB launches a newly developed compact domestic air handling unit combined with ES Groups heat pumps. The Swedish Energy Agency decides to support a innovative project based on ES Groups plug-in-modules. Pre series production of plug-in-modules is initiated in China and our forth generation A+++ air-to-water heat pump from ES Group is finished and tested. 10 000 units air-to-water heat pumps has been delivered since 2009. 200 of these is the same that we use in NordFlex concept. The establishment and extension of ES Systems continues at as high speed as possible without externa capital injection. We start discussing with investors to secure further development.

2019 – Key recruitments and the establishment of sales offices in Europe strengthen sales capacity. The customer base of distributors in both the residential heating and property heating segments is expanded. The beta version of the “system configurator” sales tool that aims to drive and accelerate business was launched towards partners and distributors. A strategically important collaboration with Swegon AB-owned BlueBox Srl, which the parties gradually intend to build up, is initiated and sample deliveries take place. The industrialization of the Plug-in Modules reaches the start of pre-production and a Swedish patent is approved. Co-packaging of operating activities to support a commercial launch of Plug-in Modules for construction heating is developed together with the partner Jeff Electronics AB and AirWaterGreen AB.

2020 – Ultra-quiet heat pumps with the new highly efficient and more environmentally friendly refrigerant R32 were launched. The digital sales and design tool The Configurator was launched. Public launch of the product offer Plug-in Modules with a focus on construction heating and new production. International PCT patent for the Plug-in module is approved in Europe. The plug-in module version 1 is in pre-series production and further model versions are in the pilot construction stage. Two Plug-in Modules are sold, delivered and put into operation for permanent heating in warehouse property and housing cooperative. Three modules have been manufactured and used for rental operations and development of the TemporaryClimate product concept. Two more modules are in production for the same purpose. NordFlex was launched at the international distributor level. Distributors are established in 18 countries. Framework agreement is entered into with Swegon Operations Srl. for delivery of heat pumps. ES Energy Save Holding AB is listed on the Swedish stock exchange Spotlight. 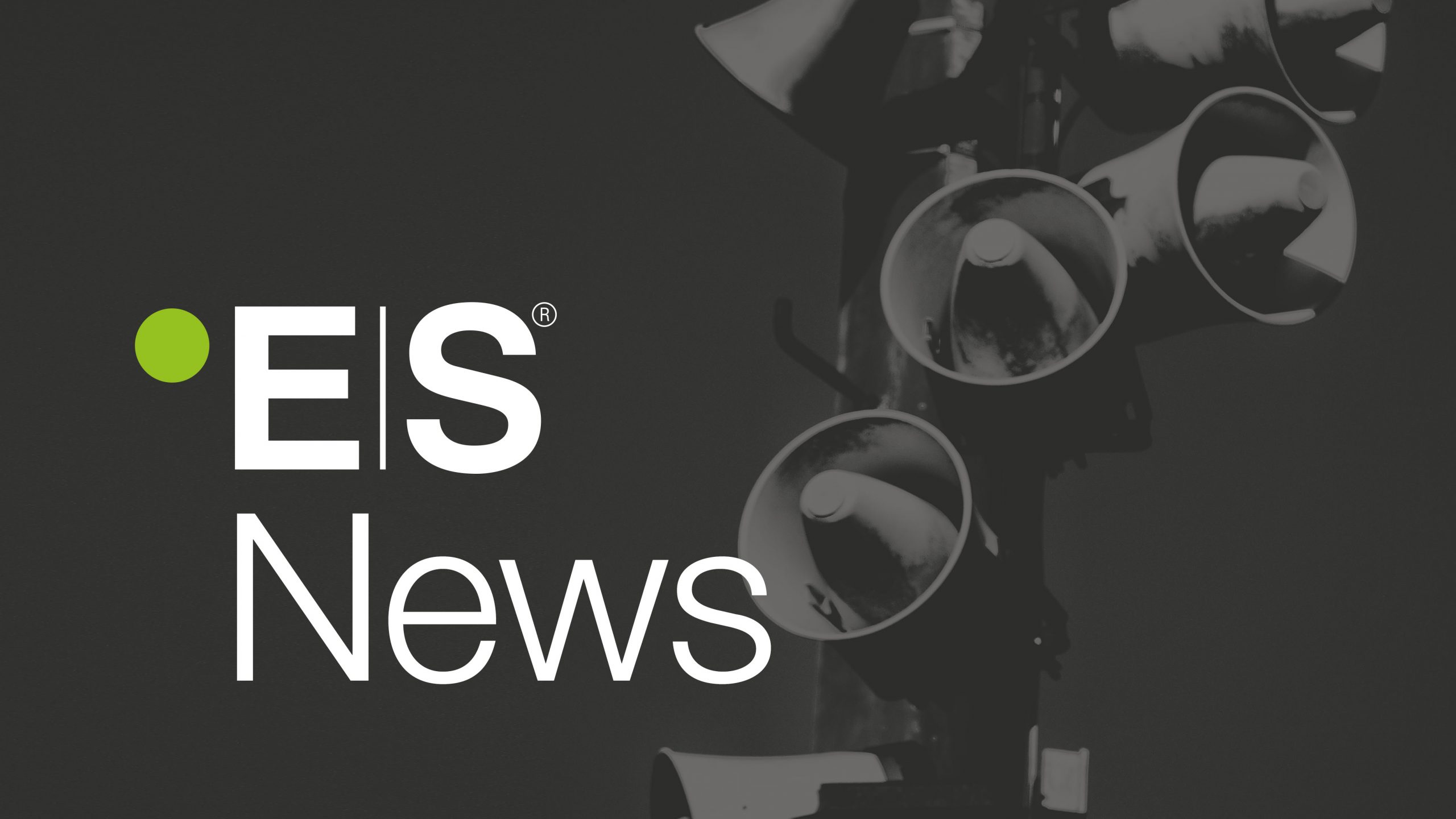 Get the latest ES News

Scandinavian design
Our energy solutions are designed in Scandinavia with top class power and efficiency.

Top quality for the nordic climate
Our products meet the high nordic
requirements for functionality and power
even at extreme outdoor temperatures.

New integration possibillities
Our systems enable integration with your other heat sources.

Green clean tech with massive savings
The importance of heat pumps are steadily increasing in energy conversion in Europe and around the world.

The technical solution, investment and saving
Your chance to easily create a better property transaction.